The Advance Block Candlestick Pattern was first identified and officially used in the market by Steve Nison in his book “Japanese Candlestick Charting Techniques” first published in 1991.

What is the Advance Block Candlestick Pattern?

The advance block candlestick pattern is a bearish reversal pattern that occurs during an uptrend. It is quite similar to the bullish three white soldier candlestick pattern, as it also features three long candles with consecutively higher closes than the previous candles. It demonstrates how bears gradually take control of the market, initiating new falls. However, the advance block pattern only serves as a warning of a slowing uptrend and does not necessarily predict a reversal in trend.

The pattern is composed of three candlesticks with shorter bodies and long upper shadows, which indicates a significant increase in supply that halts and pushes down the price. It appears during an uptrend and signals a trend reversal to a new downtrend, making it one of the most reliable bearish patterns that generates many sell signals.

How can the Advance Block candlestick Pattern be identified?

What information does the pattern convey to traders?

The Advance Block Candlestick Pattern is a bearish reversal indicator that shows the shift from a bullish market to a bearish one. It is characterized by the formation of three consecutive bullish candlesticks with shorter bodies and upper wicks, indicating that bears are pushing prices down from the highs. This pattern suggests that the bullish trend is weakening, but it does not necessarily signal an immediate reversal. Instead, it is more effective in predicting pullbacks during larger-scale downtrends or temporary uptrends.

The Decline Block Candlestick Pattern is a bearish reversal indication that suggests a shift from a bullish market to a bearish one. It is made up of three consecutive bearish candlesticks with shorter bodies and long lower shadows, indicating a significant increase in supply that halts and pushes down the price. The pattern is best at forecasting pullbacks during larger-scale downtrend or temporary uptrends, but it is important to note that it only serves as a warning and not necessarily a reversal signal. The confirmation of a trend reversal is provided by the fourth day candle, which should be a white candle with an uptrend gap or higher closing price. The Decline Block pattern can be used to enter short positions and identify potential trend changes, but it can also be difficult to identify and easily misinterpreted. 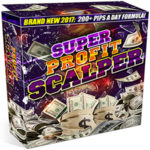 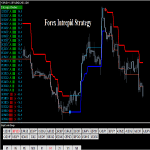