If you are looking for a simple yet effective forex strategy, then you have probably come across the ADX indicator. This handy trading tool is free on most forex platforms and can spot both ranging and trend market conditions. You can use it to confirm entry and exit points for trading both long (buy) and short (sell) trades. The main way to use the ADX is to trade its crossover when the trend is showing momentum. That is what I will be covering in this ADX guide.

What is the ADX?

ADX stands for Average Directional Movement Index is an average of expanding price range values and can be used to help measure the overall strength of a trend. Trading in the direction of a strong trend can help to reduce risk and enables forex traders to catch some big moves. The ADX can be used to spot both trending and ranging market conditions.

The ADX indicator is another example of an oscillator along with other popular technical indicators such as the MACD, RSI and CCI. The ADX moves from 0 to 100, with readings below 25 signifying there is a weak trend and readings greater than 50 showing a strong trend.

When the ADX is low, it highlights periods when the price is most likely going sideways and the market is trading in a range. This is when you might want to avoid trading or instead use a range trading strategy.

How is the ADX calculated?

How to trade the ADX crossover strategy

You can trade the ADX crossover on its own without any additional chart analysis. However, I think there will be too many false signals that way. I would look to confirm each ADX signal with other market analysis. This could be a signal from another indicator such as the Stochastic crossover strategy. You could also look for support and resistance levels along with any candlestick patterns to time your entry.

I would also be looking for ADX divergence. This is when the ADX level is making lower highs for a sell trade (long) or higher lows for a buy trade (short).  As a general rule, divergence is a warning that trend momentum is changing.

When it comes to exiting the position, you could do so when an opposite signal occurs. Alternatively, you could stick to fixed stop loss and take profit levels which may be too rigid. I would be looking to place my stop loss above or below a recent market high/low. I would then try to lock in good trades at breakeven and use a trailing stop to make the most of each move.

I may only consider taken the ADX cross trades that have the potential for a favourable risk to reward ratio of at least 1:3. This way, it wouldn’t take one bad trade to cancel out a run of consecutive winners. I see so many good forex strategies fail because of poor money management.

In the EUR/USD 1-hour chart below, all of the ADX buy signal conditions were met. The trade was confirmed with price being above the 14-day moving average and a three white soldiers candlestick pattern. This showed strong bullish momentum. The stop loss could have been placed just below the moving average which is around that area of support which you can see on the chart. This would have been around 30 pips which is good when you consider the move went over 200 pips.

In the EUR/USD 1-hour chart below, you can see that all of the conditions were met for a sell trade. I confirmed it with price being below the 14-period moving average and a shooting star candlestick pattern, both suggesting a downwards move. The stop loss could have been placed just above the moving average around that area of resistance that you can see on the chart. This would also have been around 30 pips which is great as the price has since moved over 300 pips.

Which ADX settings should I use?

The traditional setting for the ADX indicator is 14 time periods, but analysts have commonly used the ADX with settings as low as 7 or as high as 30. Lower settings will make the average directional index respond more quickly to price movement but tend to generate more false signals. If you are using anything lower than the default 14-period, you will certainly want to confirm each buy and sell signal with other analysis.

What ADX timeframe should I use?

This really depends on your trading style and the time that you have to dedicate to trading. If you have a full-time job then you will probably want to be using the 4-hour charts and above. This means you will not need to frequent check for trades. I also find that the higher chart timeframe ADX signals can be more reliable as there is less noise when compared to the lower chart timeframes.

That being said, you can trade the ADX crossover on any timeframe from the 1-minute chart and up. Just keep in mind that it will be more sensitive and susceptible to false signals on the short-term timeframes.

Advantages of the ADX crossover strategy

Disadvantages of the ADX crossover strategy

Yes, the ADX crossover can be a great strategy when used correctly although there is much more to it than blindly taking every signal. You should filter the trades using further analysis in order to try and avoid false signals.

Then you need to think about your stop loss and take profit levels. You could be using the best forex strategy in the world but still make a loss if you don’t have good money management. I have seen forex traders get completely different results using the same system, simply because they were using different risk to reward ratios.

If you want to give this ADX strategy a try, you could always practice on a risk-free demo account. You can get one from most forex brokers, including IC Markets who have excellent forex trading conditions including tight spreads, low commissions fees and fast execution speeds. 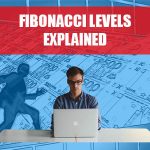 What Are Fibonacci Levels & How To Trade With Them 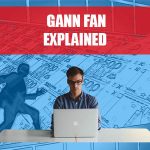 What Is The Gann Fan Indicator & How To Trade With It 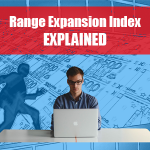 What Is The Range Expansion Index & How To Trade With It 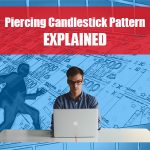 What Is The Piercing Candlestick Pattern & How To Trade With It