What is the Breakaway Candlestick Pattern?

The Breakaway Candlestick Pattern is characterized by a long white or black candlestick that breaks out of a narrow trading range or consolidation period. It is typically seen as a bullish or bearish reversal signal, depending on the direction of the breakout.

It is typically used to confirm the strength of a trend and identify potential entry and exit points for trades.

The Breakaway Candlestick Pattern is both a bullish/bearish reversal candlestick pattern that appears after a downtrend or an uptrend. It is made up of three candlesticks: a long black candlestick, followed by a gap down or gap up on the next trading day, and then a white candlestick that fills the gap.

The long black candlestick has a long upper shadow and a small lower shadow, indicating that buyers tried to push the price higher or the seller tried to pull the price lower but were unsuccessful. The gap down on the next trading day shows that the bears/bulls are still in control, while the white candlestick with a small upper shadow indicates that the bulls/bears have taken control and are pushing the price higher or pulling down lower.

This pattern can be a useful tool for identifying potential price reversals, but it is important to remember that it is not foolproof and should be used in conjunction with other technical indicators, it sometimes give false trend that could possibly liquidate your open trades, always remember to set you risk management plan and put stop loss whener you place a trade in the market. 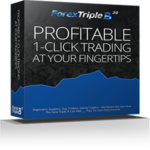 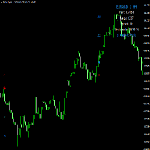 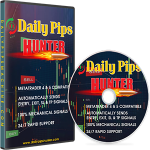 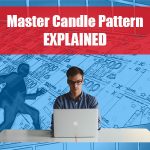 What Is The Master Candle Pattern & How To Trade With It