What is the starting point of the pattern?

The pattern commences with a prolonged and dark candle. It is frequently observed in a downward trend as a result of investors selling due to the uncertainty of the trend. There might also be a phase of uncertain prices, represented by the presence of Doji, Spinning Tops, Hammer, and Inverted Hammer candles, as prices remain in a delicate equilibrium. The pattern concludes with a powerful upward movement, signified by a prolonged and light candle, indicating the end of the downward trend.

The Cradle Pattern is a variation of the series of Doji at the top or bottom, which is named as such due to its resemblance to a “cradle.” This makes it easy to recognize as a reversal pattern. It begins with the same visual indication found in most top or bottom area. a large Bearish candle at the top/bottom of a downtrend or an uptrend, which shows significant buying or selling in the market structure.

The following day usually displays a candlestick signal such as a Doji, Spinning pattern, Harami, Hammer, or Inverted Hammer, indicating that the selling has stopped or the buying has begins. At this stage, traders should look for a Confirmation buy and sell Candlestick Signal. Keep in mind that indecisive trading signals may occur for several days before the buy/sell signal appears.

The Cradle Pattern reveals investor sentiment. If traders view the large dark candle as the headboard, the Bullish candle becomes the footboard. The Cradle Pattern formation is now suspended at the bottom, indicating that the trend should move up from this level.

What is the Cradle Candlestick Pattern?

The Cradle Candlestick pattern is a reversal indicator used to pinpoint potential buying and selling opportunities in the market. It is a strong tool that assists traders in making knowledgeable decisions about when to initiate or close a trade.

The Cradle pattern reveals the emotions of traders. If traders view the large dark candle as the headboard, the bullish candle becomes the footboard. The formation of the Cradle pattern suggests that the trend will rise from this point. Stephen Bigalow features this pattern in his second book, “High-Profit Candlestick Patterns: Turning Investor Sentiment into High Profits” as a feature. 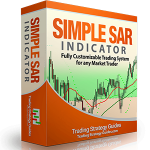 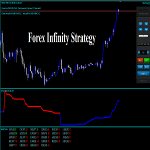