What is the Death Cross?

Historically, the pattern emerges after a downturn for long-term and short-term moving averages. The Death Cross identifies that short-term momentum is slowing down.

The inverse of the Death Cross is the Golden Cross. It surfaces when the short-term moving average moves above the long-term moving average. Compared to the golden cross, a death cross involves a downside MA crossover. This marks a definitive market downturn and typically occurs when the short-term MA trends down, crossing the long-term MA. Simply put, it’s the exact opposite of the golden cross. A death cross is usually read as a bearish signal.

How to use the Death Cross?

The Death Cross pattern is more useful for traders when it is used in combination with other forms of technical analysis and fundamental analysis. One of the most popular technical indicators to prove a long-term trend change is a trading volume. Higher trading volume indicates more investors are buying or selling and is the cause of a significant trend change. The Death Cross is sometimes considered a more reliable signal if it occurs along with high trading volumes.

The momentum oscillators, such as the MACD, can also be used for trend confirmation. They performed fine because the momentum of a long-term trend often fades away before the market makes its turn.

Day traders commonly use smaller periods like the 5-period and 15-period moving averages to trade intra-day Death Cross breakouts. The time interval of the charts can be adjusted from 1 minute to weeks or months. The larger the chart time-frame, the stronger and lasting the Death Cross signals are.

Some traders do not rely too much on the Death Cross pattern, because it is often a very lagging indicator. The downward moving average crossover may not appear until after the point at which the trend has shifted from the bullish to bearish. An asset’s price may already have fallen a substantial amount before the crossing death signal. A clear example of this was the 2016 summer when it provided false signals.

The Death Cross provides entry and exit points and can be considered a strong bearish pattern. To make it more effective, the Death Cross can be applied with other technical indicators.

As the pattern is bearish, it only gives sell signals. However, traders can leave their long positions after the appearance of the Death Cross.

Death crosses have even more of a lag, because it is looking back 50 and 200 day periods. This translates into almost 3 months of trading for the short-term average and approximately 40 weeks for the long-term average.

Golden crosses are not a guarantee of a bullish future in the stock market. Ari Wald is head of Technical Analysis at Oppenheimer & Co. He doesn’t see golden crosses as an absolutely bullish signal for the markets. “All big rallies start with a golden cross, but not all golden crosses lead to a big rally,” he says..17 Sept 2022

The Death cross was able to predict many of the past market crashes. This shows that the pattern has the potential to forecast trend changes. However, no indicator is 100% accurate, and the Death Cross I would combine with multiple technical analysis, fundamental analysis, price action analysis and sentiment analysis to filter all forex trading signals whatever forex strategy I was using. 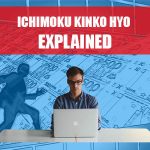 What Is The Ichimoku Kinko Hyo & How To Trade With It 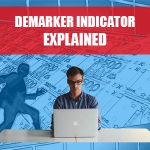 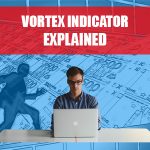