The Fibonacci extension tool uses the same number series that was discovered by the famous medieval mathematician Leonardo of Pisa, on which the Fibonacci, Fibonacci Fans, and Fibonacci Arcs are based upon. Fibonacci technical analysis tools can help forex traders to determine support and resistance levels. These can be key price levels that are used for trading signals, profit targets and stop losses. They can also be used to estimate how far a price may travel after a retracement is finished and where price reversals may occur.

What is the Fibonacci extension tool?

The Fibonacci extension differs from its relatives in that it uses not one trend line, but a pair as a base. The Fibonacci levels of this tool can tell the trader areas where they may consider to place their stop loss and take profit targets. The Fibonacci expansion is a favorite tool of traders who implement the theory of wave market movement in their forex trading strategies.

Plotting Fibonacci extensions on a chart

The construction of the Fibonacci extension indicator is carried out according to the standard path in the popular MetaTrader platform: Insert – Fibonacci – Extension, as per the following image:

The Fibonacci extension is based immediately on two trend lines of the chart, so some experience is required to correctly mark it. We can say that the purpose of the expansion will be to identify the peak point of the third trend line from two known.

The extension tool is technically built at three points, coinciding with the beginning of the Elliott Waves. The construction begins by finding three points on the chart, on which you can draw the beginning of the waves. Click on the first high/low point and draw a line to the second point. The tool will automatically search for the third point at the nearest local high or low. Subsequently, the third point can be adjusted. The result of this operation will be the display of an expansion grid with default levels of 61.8%, 100%, 161.8%.

In principle, you can visually control the expansion grid by dragging one of the three points according to market dynamics. If you right-click on the active tool and select “Properties,” several parameters become available. The Fibonacci Levels tab contains three default levels.

In the level editing line, it is recommended to enter the symbol % $, which displays the chart’s price value.

Renowned trading expert Joe DiNapoli offers a different way to build extensions. Its difference is that the levels are counted from the end of the correction. Also, in its expansion system, the most significant four levels are left, which clears the schedule of redundant information.

These are 61.8% of the impulse from the end of the correction, then – 100%, 161.8%, and 261.8%. The expert believes that such an amount of value is quite enough for trading. You should of cours utilise Fibonacci extensions in way that suits your individual trading style as everyone is different.

How to build Fibonacci extensions?

For the accuracy of superimposing construction lines on the chart, it is recommended to first change the display type from “Japanese Candles” to “linear “, and after completion of construction, switch to Japanese candles again.

The red dots T-1, T-2, and T-3 show how the construction of the base for the levels is carried out. The black horizontal lines are the standard Fibonacci extension levels for the MetaTrader 4 trading terminal. As a rule, the level of 161.8 serves as the boundary for the trend, upon reaching which the price chart may either change its direction or roll back strongly for correction. The most difficult part in such a construction is to correctly determine the first two waves that serve as the basis for the base, and only the experience of real application of such systems can help.

How to use Fibonacci extensions?

The Fibonacci expansion is not an indicator in the literal sense of the word, but rather a graphical construction that helps determine the end of a trend of interest. To trade on this system one could:

You can add a few additional levels, since, in the MT4 terminal standard, only three lines are built:

It is at that moment when the price reaches the last level. We could expect a reversal but I would certainly want further confirmation from conducting further more detailed market analysis.

Red dotted lines indicate the base used for the construction. Black lines are levels of expansion. Blue blocks show the moments of contact with the price chart and levels. Many may say that they do not work clearly on the shown chart, but this is often the case with real trading.

In the presented screenshot, we see that each level of graphical construction influenced the chart; to overcome them, the price went backward, to consolidate. According to the work strategy, the level of 161.8 has to be the last, and a strong pullback has to follow. The price tried to break through for a long time, several touches are visible.

The fact that the Fibonacci expansion work quite clearly as a useful trading tool can be confirmed by the following GBPUSD currency pair chart:

This is the same GBPUSD chart, with the same 1-hour timeframe, but a candlestick chart type.

Notice how the price tried thrice to break the 61.8 level and then fell back to the 100.0 area where it consolidated and reversed sharply.

Although this graphical construction often works quite clearly, you should not use it as the main one in your trading – for this, some kind of technical indicator, combined with price action analysis, is often prefered. It is better to use the Fibonacci extensions only for the assumption that the market will move and may consolidate near the levels.

The strategy is based on two tools:

For the RSI indicator, the following values ​​should be noted:

What is so magical about the Fibonacci extension 1.618 level?

First of all, it indicates a weakening trend power; the price in these areas is depleting its initial momentum. The price reaches a value of 1.618, it reaches an extreme, the strength of the trend is drying up, and the price may prepare for a reversal, this is the essence of the strategy.

The relative strength index (RSI) plays the role of an oscillator. Its value fluctuates between 0 and 100. For the current strategy, we need to monitor the values ​​of the indicator 30 and 70. If the indicator shows a value below 30, this indicates an oversold currency pair, and vice versa, a value above 70 indicates its overbought. We will analyze the options separately for the upward and downward markets.

This situation occurs when the currency pair is oversold. When the price decreases, the RSI indicator displays an oversold state, which allows a successful transaction due to a market reversal.

The chart shows an example of such a situation. After a sharp drop in prices, a clue appeared for the Fibonacci expansion of 1.618.

The situation arose in the intraday period. In this connection, it should be said that the method is good during active sessions. In this case, the mass sale of the pair organically ended in a good reversal trade, and the indicator value below level 30 was a confirmation of this.

This opens up the possibility for short positions (sell orders). The extreme value of the price is 1.618, there is a resistance level reached and the RSI indicator confirms the overbought market conditions.

The graph shows that the price after a steady move stalled at 1.618, and the price reversed for a good short trading opportunity.

The Fibonacci expansion tool is a very useful way to help traders to forecast the next leg of the price movement. However, this method is subjective as different traders may count the waves differently. 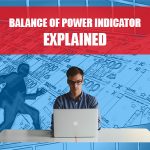 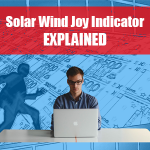