Neural networks, a term borrowed from the artificial intelligence sector, are the newest buzz in the forex industry. Technically speaking, neural networks are data analysis techniques made up of numerous processing units connected by weighted probabilities. Neural networks can be thought of as a simplified representation of how the human brain functions and learns. The neural network paradigm has been utilized by those in the artificial intelligence community to build computers that “think” and “learn” based on the results of their activities for a number of decades.

What are forex neural networks?

Neural networks process many data streams and provide a single result, in contrast to the conventional data structure. If the data can be quantified, it can be included to the variables taken into account when producing a prediction. They are frequently utilized in Forex market prediction software because to the network’s ability to be trained to understand data and make inferences from it.

Neural networks need to be “trained” to recognize and correct for patterns that appear between input and output before they can be used to make Forex predictions. Although the training and testing phases can take a while, they are what give neural networks their capacity to forecast events based on historical data. The fundamental tenet is that the network can “learn” the relationships when given instances of input and output data pairings, and then apply those dependencies when given new data. The network may then compare its own results to see how closely the prediction was accurate, and it can then go back and change the weights of the various dependencies until it determines the optimal response.

The forex market can greatly benefit from using neural networks. Their precision and natural instincts are the key causes of this. They are capable of both technical and fundamental data analysis. This type of data cannot be effectively analyzed by mechanical systems. When assessing this data, human errors are much more prevalent. This is why neural networks have the potential to dramatically help traders.

The ability of neural networks to adapt quickly is another key advantage. It doesn’t take long to train neural networks. This helps because it saves time and money. Neural networks have the potential to close the IQ gap between humans and computers.

How do neural networks work?

Systems using neural networks make use of and interpret data. The way that neural networks handle information is comparable to how people think about causes and effects. Before making a choice, the situation’s possibilities are examined. Systems using neural networks also adhere to this. To make future decisions that are more informed, the neural network examines historical data. This is comparable to when a kid makes a mistake while working on a puzzle and fixes it with their subsequent move. Finding out what doesn’t work can occasionally assist us identify what does. This is how the system analyzes data and generates intelligent conclusions.

The organic brain network and the human body’s nerves both function in very similar ways. For instance, to arrive at a final solution, all system components interact with one another. The neural network has many layers and is focused on specifics. With neural networks, there are primarily two databases at play. Both a training base and a test base exist. Trial and error is used to finish database enhancements. The network continues to advance. The system constantly makes use of fresh data to enhance the outcome.

To enhance trading results, the forex market has been progressively upgrading its technological infrastructure. Technological advancements have the potential to significantly increase the efficacy of all artificial intelligence systems. The ability of neural networks to gather and evaluate data is their most crucial characteristic. When it’s time to make forecasts, this knowledge is then saved and put to use. Before the system to be utilized repeatedly with success, it must have time to discover and understand patterns.

The network’s various features include neural training, extraction, immersion, and decision-making. These are the procedures needed to make a precise prediction.

One advantage of neural networks is that they can keep getting smarter by comparing their own predictions to the data that is constantly being provided to them. Additionally, neural networks excel in fusing technical and basic facts to create a situation that combines the best of both worlds. Due to their inherent strength, they are able to recognize patterns that others may have overlooked and use those patterns to foretell the future with startling accuracy. This necessitates that the training and testing sets of data be used to train the network separately. Another advantage of this rapid network is that system learning does not take very long.

Unfortunately, this advantage of using neural networks for trading predictions might also be a disadvantage. The quality of the input ultimately determines the output. Even when fed vast volumes of data, they are excellent at correlating it. Even when there is no pattern or relationship, they are exceptionally adept at drawing connections between seemingly unrelated sorts of information. Since a computer doesn’t have an ego, its second main strength—the capacity to use intelligence without emotion—can also turn into a handicap while navigating a chaotic market. The artificial neural network is unable to give an unknown aspect an emotional weight when it is added.

Where can I find neural networks?

Numerous Forex trading systems are available today that use neural network theory and technology to “teach” the network your system, allow it to make predictions, and then produce buy/sell orders based on those forecasts. When you set out to develop your neural network, it’s crucial to remember that the most fundamental Forex trading rule still holds true: educate yourself and know what you’re doing. The single most crucial thing you can do to assure your success in Forex trading is to understand everything you can, regardless of whether you’re working with technical analysis, fundamentals, neural networks, or your own emotions. 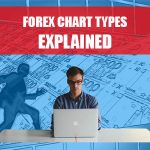 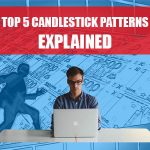