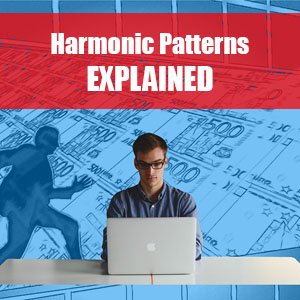 The term “Harmonic” applies in many sectors like physics, music, acoustics, and power.

In currency markets, the Harmonic Patterns describe that trends are harmonic in nature, meaning they can be divided into smaller or larger waves to predict the overall trend.

What are the Harmonic Patterns?

The basic idea of Harmonic trading is that patterns repeat themselves. It brings math into trading by relying on Fibonacci numbers.

The Fibonacci is a sequence of numbers that starts with 0 and 1. Other numbers enlarge the sequence by adding the previous two numbers. Like 0 ,1, 1, 2, 3, 5, 8, 13, and so on. These numbers, if broken into ratios, can predict the moves of financial markets.

The Fibonacci levels comes in two categories; primary ratio and complimentary ratio. The primary ratio of 0.618 is calculated by dividing any number in the sequence by the following number. For example, 8 divided by 13 equals to 0.61.

By using these ratios with the Harmonic Pattern, traders can help to analyse possible future market movements.

The term Harmonic trading was first coined by Scott Carney when he defined the Harmonic Patterns and applied Fibonacci ratios.

There are three main types of Harmonic Patterns; Gartley, ABCD, and Three-Drive.

The pattern looks like the ABCD pattern with the extension of X.

The Gartley pattern comes in two variations; bullish and bearish Gartley. They indicate traders for going long or short.

The Gartley pattern has three types; Bat, butterfly, and Crab.

The ABCD pattern develops when points A, B, C, and D are connected. The pattern seems to be a combat between the bulls and the bears.

There are two versions of the ABCD pattern; bullish and bearish. The lines AB and CD are known as legs of ABCD, while the BC is a correction line.

Traders wait for the pattern to complete, then enter short or long positions at point D.

This is how the pattern appears on the chart:

The Three-Drive appears similar to the ABCD pattern, but it has three legs and two corrections. Traders go long or short at point B after completion of the Three-Drive.

Here’s how it emerges on the chart:

How to use the Harmonic Patterns?

All the forms of Harmonic patterns provide entry and exit signals with the potential reversal zone. As for stop-losses, if the pattern doesn’t move too far, traders can set stop-losses below a long entry and above a sell entry, using levels that they feel comfortable with and according to their own trading strategy.

As with all forms of forex analysis, the Harmonic patterns can generate false signals. So, to verify the movement of the price, traders use other forms of technical analysis.

Although they can be hard for some traders to spot, Harmonic Patterns can give an idea of where the market may move. The Gartley pattern is amongst what some traders often look for as it can help to give some indication of possible price movements.

Harmonic Patterns can be used on your trading platform charts to help filter potential trading signals as part of an overall trading strategy. 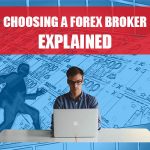 How To Choose A Forex Broker 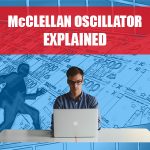 What Is The McClellan Oscillator & How To Trade With It 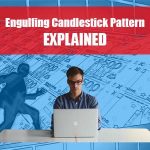 What Is The Engulfing Candlestick Pattern & How To Trade With It