The Inverted Hammer Candlestick is a chart pattern used in forex trading to potentially predict a change in price direction. It was developed in Japan during the 18th century and is used as a technical analysis tool. This pattern appears as a candle on a chart and is characterized by buyers attempting to raise the price of an asset. It is commonly seen at the end of a downward trend, potentially signaling a shift to an upward trend.

What is the Inverted Hammer Candlestick Pattern?

In the forex market, the Inverted Hammer Candlestick Pattern is formed when the open, low, and close prices of a currency pair are relatively similar, with the close price being slightly higher than the open price. This creates a candle shape that looks like an inverted hammer, with a long upper wick and a small lower wick.

The Inverted Hammer Candlestick Pattern is often used as a reversal strategy, as it suggests that the current downtrend may be coming to an end and that a potential uptrend is on the horizon.

If the USD/JPY currency pair is in a downtrend and the open, low, and close prices are all relatively similar, with the close price being slightly higher than the open price, this would create an Inverted Hammer Candlestick Pattern, with that being considered the Bulls are probably Pushing the market above and dragging the market bears.

Here are three points to support the use of the Inverted Hammer Candlestick Pattern as a reversal strategy:

The Inverted Hammer Candlestick Pattern is a useful technical analysis tool for forex traders looking for potential trend reversals. it serves as an early indicator for the decrease of bulls buying power and it could possibly give traders an early warning that bears are pulling the market price down. nevertheless, remember that use the reversal pattern in conjunction with other trusted technical indicator tools to minimize the risk of your trades. 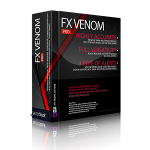 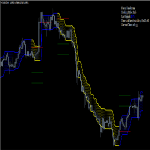 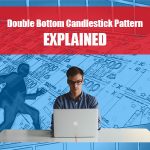