Developed by Stephen Klinger (obviously this oscillator was named after him), the Klinger Oscillator is a technical tool which is used to assess the long-term trend of money flow while staying sensitive enough to discern short-term variations. The indicator compares the volume moving through stocks to the price fluctuations of the securities, and then translates the result into an oscillator. The Klinger oscillator displays the difference between two moving averages that are not only focused on price. Traders look for divergence on the indicator to indicate possible price reversals. A signal line, like other oscillators, can be added to provide extra trade signals.

What is the Klinger Oscillator?

The Klinger Oscillator is quite complicated to compute, however it is based on the concept of force volume, which accounts for volume, trend (positive or negative), and temperature (based on many inputs and if/then statements). The oscillator is generated using this data by examining the difference between two exponential moving averages of force volume using separate time frames (typically 34 and 55). The goal is to demonstrate how the volume passing through the securities affects its long-term and short-term price direction.

The Klinger oscillator strategy is one in which the price and volume EMAs are calculated. When a shorter EMA (shorter time periods) has a higher value than a larger EMA (longer time periods), it indicates that the price of an asset is rising. In contrast, when a higher EMA gains more value than a shorter EMA, it indicates that the price of a given investment is falling.

The Klinger indicator is ideal for both novice and experienced traders because it generates signals by taking into account two moving averages and transaction volume. A trader can quickly determine whether to go long or short. Crossovers and divergences in the signal line indicate trend reversals, and deviation from the signal line measures the intensity of those trends.

Some crossings might cause false breakouts, making it difficult to determine which crossovers are worth trading. A trader can reduce the chance of a false signal by waiting until the Klinger line deviates from the signal line on a long-term chart or by using auxiliary indicators such as the RSI indicator. 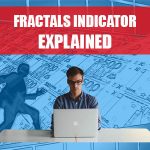 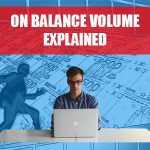 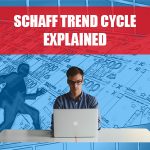 What Is The Schaff Trend Cycle & How To Trade With It 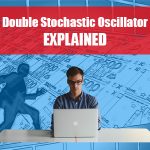 What Is The Double Stochastic Oscillator & How To Trade With It