The LWMA (Linear Weighted Moving Average) is a popular and commonly used indicator. It was created in an attempt to improve the MVA indicator, which has significant lag behind market prices and a twofold impact of one and the same price on the indicator’s calculation. During the calculation of the LWMA indicator, some extra value (weight) is applied to the average price. This procedure is used to compute all of the price values of the indicator on the chart. The increased weight allows the most recent prices to play a larger role in the calculation, while the relevance of all previous ones decreases linearly. As a result, the LWMA indicator reacts faster to market price movements, making its lag less substantial than that of the MVA indicator.

What is the Linear Weighted Moving Average?

A linearly weighted moving average (LWMA) is a moving average computation that weights recent price data more highly. The most recent price has the most weight, and each previous price has less weight. The weights fall in a straight path. LWMAs react to price changes faster than simple moving averages (SMAs) and exponential moving averages (EMAs). The linearly weighted moving average is the continuous calculation of an asset’s average price over a specific period. It aids in the reduction of noise, allowing you to easily observe what the price is doing. You can use it to see the overall trend as well as specific price fluctuations. When the price is above the LWMA and the LWMA is rising, an uptrend is expected; when the price is below the LWMA and the LWMA is pointing down, a downtrend is likely.

To use the LWMA Strategy, the trader could set the average period to a large number, such as 100 or 200, to utilize the LWMA to illustrate a trend. Lower numbers cause the indicator to track the price more closely, and instead of displaying the trend, it displays individual price swings. When trading, you can use the LWMA to do a variety of things. One of them is to determine the trend’s direction. When utilizing LWMA to determine a trend, it can also function as a support or resistance level during an uptrend or a support or resistance level during a decline. For example, if a bullish candlestick pattern, such as the hammer, appears after a pullback, it could indicate the conclusion of the pullback and the continuation of the uptrend.

This could be your checklist for a buy trade:

Once this event occurs:

This could be your checklist for a sell trade:

Once this event occurs:

The linear-weighted moving average, often known as a weighted moving average, is a basic moving average that gives more weight to recent data. The most recent observation has the highest weight, whereas the ones before it have gradually less weight. It has less lag than the other moving averages intuitively, but it is also the least used, so what it gains in lag reduction it loses in popularity. In addition, while this approach is simple for a novice trader, it can be dangerous without sufficient training and expertise. Some of the signs may be misleading, and we may enter the trade too late or too quickly, resulting in a loss. 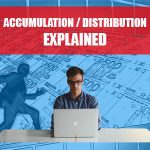 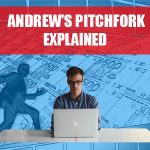 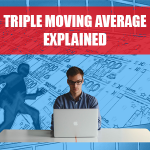 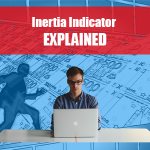 What Is The Inertia Indicator & How To Trade With It