The Long Legged Doji is a candlestick pattern that appears in the charts of financial instruments, such as forex pairs. It is believed to have originated in Japan, where it has been used for centuries in technical analysis.

In the forex market, the Long Legged Doji appears as a candle with a long upper and lower shadow and a small body. It typically occurs when the open and close prices of a currency pair are nearly the same, indicating indecision or a balance between the bulls and the bears.

What is the Long Legged Doji?

The Long Legged Doji strategy is based on the idea that the market is in a state of indecision, and that traders should be cautious when entering a position. It suggests that the bulls and bears are equally strong, and that the market could go either way.

The characteristics of the Long Legged Doji strategy include a long upper and lower shadow, a small body, and open and close prices that are nearly the same. This pattern can be found on any time frame, but it is most commonly used on daily and weekly charts.

The Long Legged Doji pattern can be identified on the charts of the EUR/USD currency pair. If this pattern appears on a daily chart, it may indicate indecision in the market and the possibility of a trend reversal or continuation.

The Long Legged Doji is a type of candlestick pattern that is often used in technical analysis to identify uncertainty or indecision in the market. This pattern consists of a candle with long upper and lower shadows and a small body, which is formed when the opening and closing prices of a financial instrument are relatively similar. It can be found on any time frame and is commonly used on daily and weekly charts.

One potential use of the Long Legged Doji is to identify potential trend reversals or continuations. For example, if this pattern appears on the charts of a forex currency pair, such as EUR/USD, after a prolonged uptrend, it may indicate that the bulls are losing strength and that the bears are gaining control. On the other hand, if the Long Legged Doji appears after a prolonged downtrend, it may signal that the bears are losing strength and that the bulls are taking control.

However, it’s important to note that the Long Legged Doji is not always a reliable indicator, and false signals can occur. In addition, this pattern may not be as effective in strong trending markets, as it is most useful in indicating indecision or balance between the bulls and the bears. As such, traders should use the Long Legged Doji in combination with other technical indicators and analysis techniques to confirm potential trades. 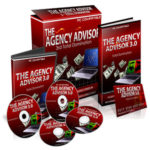 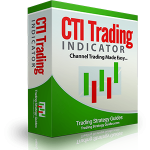