Quasimodo is a fictional character and the main protagonist of the novel The Hunchback of Notre-Dame by Victor Hugois. Funnily enough, it is also the name of a trading pattern many beginners and intermediate traders don’t know much about. It is an important trading pattern occurs when the price makes a series of swing lows and highs. If you are wondering how to trade with the pattern, then wonder no more! In this guide, we’ll talk about what Quasimodo is (the pattern not the character), and how you can trade forex with it.

Quasimodo is a reversal chart pattern that appears in an uptrend/downtrend. A bullish and bearish reversal pattern indicates that trend is about to end.

The pattern consists of three peaks, two valleys, three tops, and two bottoms. When locating the pattern, there are some things you need to consider.

Once you identify the pattern, you can enter the trade. Speaking of entering, let’s see how you can trade with the Quasimodo pattern.

How to trade the Quasimodo strategy?

As mentioned earlier, the Quasimodo is a bullish and bearish reversal pattern. So, there are two ways to trade after you identify the pattern.

In a bullish Quasimodo, the price forms the first valley, or the lower low, then creates a peak. After that, it dips to make another valley. This low is lower than the previous low.

Afterward, the price makes another high and then drops to form a third low. Once the formation is complete, you can draw from the first low to the third one. You’ll see they’ll be of equal length. Then you can enter your trades.

In a bearish Quasimodo, the price forms a high, drops, creates another high, and then dips again. The second valley is lower than the first one.

After making the second low, the price makes another high. The first and third high are of equal length, while the second is larger. You can look to enter the trade once the pattern is complete.

Quasimodo is a reversal pattern that indicates the exact entry and exit points. The good thing is you don’t need any indicators along with the pattern, as it depicts possible entry points. When locating, look for the rules mentioned above, as sometimes the pattern may not form completely. I would also always want to confirm every Quasimodo  pattern with other important price action analysis including support and resistance levels to help better time entry and filter some false signals. 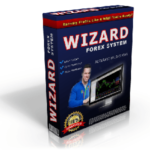 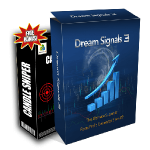 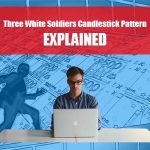 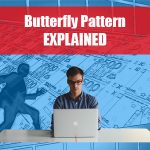 What Is The Butterfly Pattern & How To Trade With It