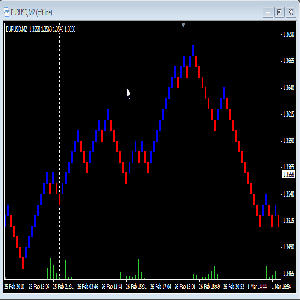 In this post I will be reviewing the Renko Charting Package. Renko charts display bars as block of pip movement rather than displaying the bars based on time. If you were to set a renko chart to display block of 5, a block would only appear once price has moved either 5 pips up or 5 pips down. Standard time based charts do not care about movement, they form a bar after an allocated amount of time whereas renko block form depending on how long it takes for price to move the pip distance set for the renko blocks.

That is a simple overview but the most important factor is that renko charts can help to filter a lot of noise out of the market movements and clearly show trends and support/resistance levels.

The Renko Charting Package turns your MetaTrader 4 charts into renko charts easily and efficiently, allowing you to choose the size of the renko block. If you only want blocks every 10 pips movement up or down you can set the renko block to 10 and clear a lot of noise out from ranging markets plus help yourself pin point obvious levels of support/resistance.

It is rare to find the correct renko solution for MetaTrader 4 without digging around and going through complex setup procedures. This Renko Charting Package removes all the hard work and contains instructions for a quick and easy renko charting setup. Surprisingly MetaTrader 4 does not include renko charting by default which I think would be a great addition – until then, this is a solution for getting renko charts and allows you to add any indicator you want to trade on them although renko charts can be traded naked as they tend to give a clearer overview of price action than your standard time based charts.

If you are new to renko charts and want to see how useful they can be then head on over to the Renko Charting Package website by clicking below. Even the more experienced forex traders who haven’t experienced a renko chart before could benefit by adding this option to their trading arsenal – I find that it makes the charts a lot easier to look at and interpret. 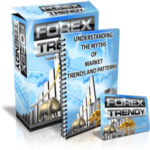 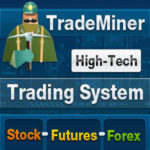 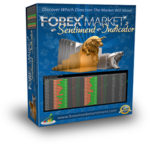 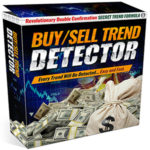