In this post I will be reviewing the Renko Street Trading System v2.0. This is a forex trading system that uses special renko charts which basically display bars in pip rather than time value. Renko charts are determined by price rather than time.

With renko charts, you can specify the pip value for each renko block (bar) and the block will only close once that value has been reached in pips up or down from the bar’s open price. This can help to filter a lot of the noise from your standard time based charts.

If price had only moved 10 pips in an hour and you had the renko bars set to 10, then only one bar would have closed either up or down, clearly showing you the direction price moved in the previous hour.

A time based chart say for example the 5 minute would have had 12 bars in that same 1 hour period thus making it harder to decipher the bullish or bearish nature of the current market.

The Renko Street Trading System does explain renko bars and their advantages in much more detail and it is a great place to start if you want charts that are easier to interpret and can help to display market trends without the noise of a standard time chart. Renko charts can make it a lot easier to sport support and resistance levels as well as reoccurring chart patterns.

This is a very easy to understand system and is suitable for those who have never even seen a renko chart before. It shoul be used with good money management principles and can be used on literally any currency pair. That way, you have plenty of opportunities to spot obvious trends that jump out at you on renko charts – such as multiple consecutive up or down renko blocks.

What is a Renko Chart?

Renko is a type of chart, developed by the Japanese, that is only concerned with price movement; time and volume are not included. It is thought to be named for the Japanese word for bricks, “renga”. A renko chart is constructed by placing a brick in the next column once the price surpasses the top or bottom of the previous brick by a predefined amount. White bricks are used when the direction of the trend is up, while black bricks are used when the trend is down. This type of chart is very effective for traders to identify key support/resistance levels. Transaction signals are generated when the direction of the trend changes and the bricks alternate colors.

Renko charts can be used to try and help determine the following:

There are several renko trading strategies. First, you can use it to identify patterns like triangles and double-bottoms. Second, you can use the renko charts to place stop-loss and take-profits. Also, you could use Renko to identify bullish and bearish trends. Unlike other types of charts, it is not necessary to use technical indicators when using renko. Instead, the buy and sell signals are sent when the colour of the bricks change colour. When applied in a chart, the green boxes are signs that the price is rising while the red bricks are signs that it is falling.

The Renko Street Trading System contains indicators required to trade the system and instructions on how to trade it with screenshots and video tutorials. This renko trading system will also give you alerts when there is a signal so it tells you where you could enter the market although you can also use your own initiative to filter trades if required.

I think it is important you learn why each Renko Street Trading System signal is generated, rather than taking them without having a good look at what is happening in the market to verify each trade. That way, you can learn about all of the different trading indicators and combine those which you like the best into your very own bespoke trading system that is catered towards your own needs.

If you are interested in downloading the Renko Street Trading System, you could always start on a demo trading account to begin with. This could be a great way to familiarise yourself with how to trade with the Renko Street Trading System and get the most out of it. You can get a free demo trading account from most forex brokers. Once you have built some confidence and have some success, you may then consider switching over to a real live account.

If you find that it is working well, you could always implement it within your own trading strategy to help you achieve your individual trading goals or even use it as a standalone forex system. There are many ways in which the Renko Street Trading System can be used, so it is important to try and see if it can work for you before making any commitment.

If you like the sounds of Renko forex trading strategies, you might want to check out some other Renko systems that I have reviewed including the Renko Charting Package, Renko Maker Pro Trading System and the Forex Ertha Renko Strategy.

Click the button below to visit the Renko Street Trading System for some examples of renko charts and for more information on how to get a copy. 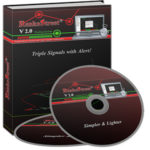 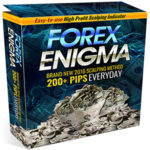 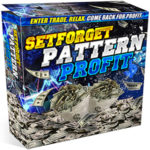 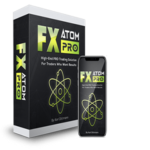 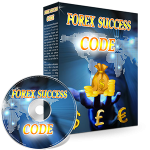