The Relative Strength Index was developed by Welles Wilder and published in 1978 in “New Concepts in Technical Trading Systems”. It is an oscillator that shows overbought and oversold market situations and, through divergences, provides further indications of possible upcoming trend change.

The oscillator ranges between 0 and 100, values ​​over 70 are considered overbought, and values ​​under 30 are oversold. Occasionally, there is information in the literature according to which values ​​greater than 80 in bull markets, and values ​​below 20 in bear markets should be used as extreme zones.

What is the RSI indicator?

In this context, the relative strength has the task of measuring the momentum of a movement in the market. The RSI indicates whether a market is currently oversold or overbought. One advantage of this oscillator is that it is less susceptible to fluctuations compared to somewhat simpler momentum indicators.

Concerning the structuring of the RSI, the calculation is carried out by forming a quotient from two moving averages. You take the sum of closing price differences that exist in the course of an upward movement and also divide this by the sum of the closing price differences that exist in the area of ​​the downward movement. Of course, this refers to a selected period.

To draw conclusions from the development of the RSI and to carry out the most successful forex oscillator trading, the resulting values ​​must, of course, be interpreted correctly. The RSI is between 0 and 100. The value 100 results, for example, on the assumption that during the observed period, all closing prices are higher than the prices that were available in the respective previously considered period.

The development is, therefore characterized by ever-increasing courses. A value of 0, on the other hand, is given on the condition that, without exception, there have been falling prices, which also increased in strength. As far as the interpretation of these and other possible values ​​is concerned, this is comparatively simple and easy to understand even for beginners.

How to trade with RSI indicator?

As with all other indicators, the RSI does not do itself a favour to use the indicator as to the sole decision criterion. Fortunately, now a large number of indicators are available, which if combined with the RSI, can become a smart trading strategy. As with all trading strategies, it is imperative to have sensible money management and trading discipline.

If you combine the RSI system with the MACD or EMA system, you can make decisions based on two different computing models. Said strategies are based on the moving averages of past periods. If a trading signal is now triggered by both systems, there appears to be a need for action.

However, fundemental analysis such as market news should still be consulted. Even if the calculation of the comparison values ​​is based on other data, the trading signal is triggered based on current value. Depending on the reason for the signal, it can be a short-term price fluctuation act.

In addition to the technical indicators, the sentiment indicators should also be consulted. Therefore, long-term development in a specific direction can depend not only on what the RSI shows, but also on what the general opinion and attitude of all market participants are, that have the greatest influence on price development.
price action analysis in the form of support and resistance or candlestick patterns can also be used to filter RSI trading signals.

Similarly, for a bullish divergence, the indicator no longer confirms new lows in the underlying.

The underlying assumption behind divergences is that the occurrence of such a weakness in the current movement and the short term can lead to a change of sentiment in the market.

Another simple way of generating signals using the RSI is to analyze the extreme conditions. If the RSI rises into the zone above 70, there is an overbought market / overstretched upward trend. The risks of an at least temporary correction increases. The return from the extreme region could now be evaluated as a corresponding confirming signal.

The same applies to the opposite side. A dip in the range below 30 suggests an oversold market / overstretched downward trend and the chances of a recovery increase. If the RSI breaks through the threshold at 30 from below, there would be a buy signal.

Every trader can experiment with the threshold values ​​to find a right attitude for the underlying values ​​he is considering which may depend on their individual trading strategy and goals.

The RSI is a stochastic value in which the upward and downward movements of the price are related to each other. If the number deviates significantly from the equilibrium at 50%, a trend change is likely. To be able to make a statement about this, however, further indicators and factors must be consulted. With the help of this, an adequate trading strategy can then be developed.

If you are a fan of the RSI indicator, then you might want to take a look at the free RSI EA that I have developed. It can automatically analyse charts for buy and sell signals based on various RSI trading strategies. 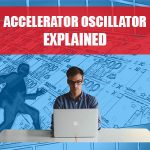 What Is The Accelerator Oscillator & How To Trade With It 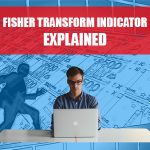 What Is The Fisher Transform Indicator & How To Trade With It 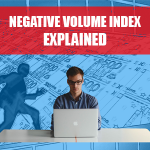 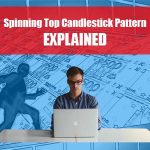