What is the Shooting Star Candlestick Pattern?

The Shooting Star appears in an uptrend and signifies a drop in price. When the price advances and shows a sudden drop, it leaves behind a long upper wick. This upper wick should be half of the length of the Shooting Star.

Also, the upper wick represents the buyers who were in a strong position during the day, but now they may be losing control because of the price drop.

Here’s what the pattern looks like on a chart:

You can recognize the shooting star candlestick pattern on the chart by looking at the upper shadow of the two candlesticks you’re analyzing, and how near the open, low, and closing prices are for the chosen time period. If the open, low, and closing prices are almost the same, you can see a shooting star formation that, often interpreted by traders as a sign for a bearish move.

The pattern can appear regularly on the forex charts. After the price reversal, you can notice lower lows and lower highs.

In some situations, the price continues to rise after the appearance of the Shooting Star. Here we could wait for the price action and go long.

How to use the Shooting Star Candlestick Pattern?

Once spotted, the Shooting Star pattern can give signals for going short and some traders may set the stop-loss near the recent swing high.

A conservative trader might wait for a while and enter the trade in the middle. This means a trader is looking for a shorter trade, possibly with the tighter stop-loss.

However, the pattern is not flawless and requires the use of other technical indicators to confirm the signals.

Even though the Shooting Star is present, the prices continue to rise. In this situation, you could use momentum oscillators like the Stochastics or RSI to determine the overbought level.

In the chart above, you can notice that the Shooting Star is telling an overbought condition. The bulls were dominant, but right after Shooting Star’s appearance, the Stochastic is showing a drop in price levels, defining an oversold situation.

A trader could simply enter on the open of the next candle or, if the trader was more conservative and wanted to capture a better risk-to-reward ratio, trade the retest of the wick (black dashed line). Retests of the wick tend to occur when the wick is longer than normal.

But as we already mentioned, it may not be wise to rely solely on the Shooting Star for a forex trading strategy. We could use other methods of technical analysis for confirmation.

The Shooting is bearish in nature, so it presents sell signals.

The Shooting Star Candlestick Pattern can be used on your trading platform charts to help filter potential trading signals as part of an overall trading strategy. Many consider the Shooting Star a simple tool for helping to identify price reversals. 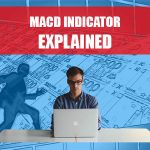 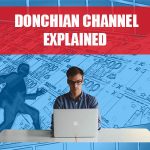 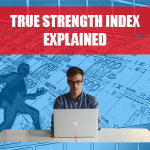 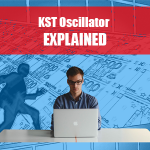