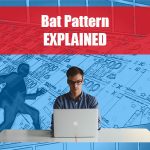 The Harmonic Bat pattern is a type of Gartley pattern that signals a potential reversal. Developed by Scott Carney in 2001, the Bat is considered one of the most accurate Harmonic patterns by some traders. What is the Bat pattern? Like other Harmonic patterns, the Bat consists of five points (X, A, B, C, and D), that are known as the legs. To identify the pattern, these points are drawn with the help of Fibonacci numbers and ratios. Fibonacci is a sequence of numbers that forms by adding the two previous numbers (0, 1, 1, 2, 3, 5, 8, 13, …READ MORE