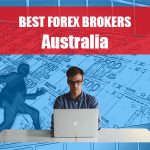 If you are looking to trade forex in Australia then you would ideally want a forex broker that is regulated and authorised to offer forex trading to Australian residents. The Australian Securities and Investments Commission (ASIC) is an independent Australian government body that acts as Australia’s corporate regulator. Established in 1998, ASIC’s role is to enforce and regulate company and financial services laws to protect Australian consumers, investors and creditors. ASIC reports to the treasurer and administers legislation for the Insurance Act of 1984, the Corporations Act of 2001, and the National Consumer Credit Protection Act of 2009. The best …READ MORE