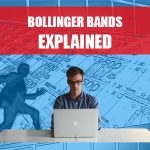 The invention of the Bollinger Bands indicator belongs to the American analyst John Bollinger, who in 1984 set out to create his system for analyzing and calculating investments. Having spent about seven years on this, in the early 90s, Bollinger introduced his method to the investment and trading community. Quite quickly, the indicator gained popularity among market participants, and was adopted by many traders and is still used today. Currently, John Bollinger is the owner of the financial company Bollinger Capital Management Inc., which utilise the methods developed by him. What is the Bollinger Band Indicator? The idea of ​​Bollinger …READ MORE