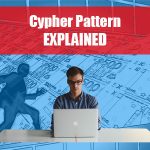 The Cypher is a five-point Harmonic pattern that describes the price highs and lows, eventually indicating a potential reversal. Darren Oglesbee introduced the pattern. The Cypher pattern frequently appears on the forex charts. What is the Cypher pattern? The Cypher forms peaks and troughs of the price (like support and ..Read More