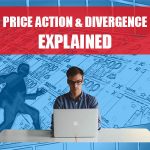 The Moving Average Convergence and Divergence oscillator (MACD) was first introduced by Gerald Appealin 1979. Even though the concept and construct behind the MACD is straight forward, it is considered one of the most effective momentum indicators available. The Moving Average Convergence/Divergence Technical Indicator is essentially the difference between a 26-period and 12-period Exponential Moving Average (EMA). To clearly show buy/sell opportunities, a so-called signal line (9-period indicators` moving average) is plotted on the MACD chart. Consequently, the indicator comprises a MACD line, Signal line and MACD Histogram. MACD Line: Is the difference between an instrument’s 26-day and 12-day exponential …READ MORE