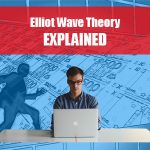 Developed by Ralph Nelson Elliot in the 1930s, the Elliott wave theory is considered one of the most popular forms of financial market analysis. After studying 75 years of hourly, daily, weekly, monthly, and yearly indexes charts, Elliot noticed that price moved in repetitive patterns in the form of waves. Elliot’s articles and publications were compiled in a single book, “R.N. Elliott’s Masterworks,” and Elliott Wave International is a financial analysis institution based on Elliot’s model. What is the Elliott Wave theory? Elliot suggested that price moves in a certain pattern, often in forms of waves. These waves are known …READ MORE