In forex, there is an important technical term known as price interest point, or percentage in point. Whichever way you slice it or dice it, it is known as a pip. It represents the smallest possible price movement that a forex pair can move, and it is 1/100 of 1%. Put differently: It’s 1/100 of one penny. The smallest currency unit we have available today – yes, we are still using pennies in the modern economy – is represented as $0.01.  1/100 of that is $0.0001. While the fuss about a penny or a fraction of a penny? Because with inflation starting to rear its ugly head, and prices starting to climb, it’s good to know that the penny is still relevant in the world of commerce and entertainment today.

In currency trading, a.k.a. forex trading, popular currency pairs such as the USD/CAD or GBP/USD can advance at the very minimum of 0.0001. This is otherwise known as a basis point. You will always see currency pairs quoted to the fourth decimal point. This is substantially less than a penny – it is one-hundredth of a penny. Recently, the GBP/USD currency pair was quoted as 1.3763. The fourth decimal point is 3. If the GBP/USD moves to 1.3764, it has advanced one pip. This represents an appreciation of the GBP relative to the USD. Recall that a currency pair indicates how much of one currency can be traded for another.

The first currency in the pair – GBP is known as the base currency. The second currency in the period known as the quote currency. When we see a figure of 1.3764 or 1.3765, this tells us how much in USD terms £1 is worth. In this example, £1 is worth $1.3764, or $1.3765 accordingly. When the number of dollars, i.e. quote currency is increasing, it means that the dollar is depreciating relative to the pound. When the number of dollars required to purchase £1 is decreasing, it means that the dollar is appreciating relative to the pound. And it’s all thanks to a lowly penny that these price movements are reflected.

Pennies in entertainment are equally relevant, not just in forex. Take penny slots, for example. As its namesake suggests, that penny is the lowest possible coin value that can be wagered per line in a slot machine game. Granted, it’s not very much, and it’s not going to do very much on its own. However, online casinos and land-based casinos understand that there is a way around this penny slot phenomenon. They wouldn’t make any money in GBP, USD, CHF, AUD, CAD, or any other currency if they allow players to just wager with one penny on every spin. So, what they do is they require a minimum number of paylines to be played in a penny slot machine game.

The mighty penny should never be underestimated. It has great utility value in the world of entertainment. If you’re playing a traditional penny slot game – they are incredibly popular, by the way – you will be required to wager 450, 100, 200, 300+ lines, all at a penny a line. Sometimes, multiple coins are required for each payline. This increases the overall bet value with penny slots games.

But, it’s not just slots games that low-stakes casino players wager pennies with. It’s also Penny Roulette games at Casino.com. These entertainment attractions are the table games that people flocked to in their droves. It’s an audiovisual bonanza of entertainment, and yes, you can win substantial payouts when individual numbers land. Recall that the individual number of bets in roulette have a payout ratio of 35:1. That’s substantially greater than most currency pair cross rates, at least among the forex majors.

If you were to bet 100 pennies or £1 on your favourite number, and it hit, you would walk away with £35, or 3500 pennies. It’s a pretty cool concept, and it certainly highlights the value of the lowly penny in today’s times. Of course, always make sure you are aware of all the risks involved with all casino games, at all times. 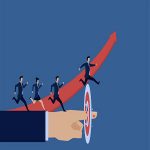