Home » Forex Trading Guides » General Trading » The Pound May Continue to Fall, and Brexit and COVID-19 Is Helping the Demise

On 1 January 2021, the UK officially separated from the European Union. However, the Brexit deal disrupted the UK’s e-commerce, as well as its imports and exports markets.

The deal also brought about a myriad of new rules and laws. UK companies are subjected to costly checks, customs controls, and other stringent protocols, making it difficult for business. Furthermore, the effects of the Covid-19 pandemic are still being felt, and the economic recovery has been slower than anticipated.

According to analysts, since the start of the pandemic, the value of the pound has been highly correlated to the FTSE 100, and the currency has been rising and falling with the stock market. It is behaving more like a volatile asset rather than a safe haven.

GBP vs Euro and US Dollar

As illustrated in the above chart, the British Pound has been declining against the US dollar and Euro for the last twenty years. The 2008-2009 recession further accelerated the decline due to the slow growth of the UK’s economy. The rate of decrease, therefore, has been significantly faster since 2009.

The trade deals between the EU and UK are undermining the strength of the currency.  Furthermore, most services are exported from the EU, and it makes up a significant portion of the UK’s GDP. The complicated new rules which transpired from Brexit are putting this sector under pressure. The resulting impact is a weaker GDP and a weaker Pound.

The Pound has declined against the Euro and traded below 1.1600 and 1.3700 against the US Dollar. One of the reasons is that the Brexit deal has not significantly affected the Pound’s exchange rate since 1 January 2021.

The reduction in goods traded between the UK and the EU stems from the new trade models-obstacles which are subsequent to the Brexit deal. The result is increased prices of imports and loss of jobs in the export markets.

If trading between the EU and the UK declines, it may result in lower demand for the Pound, and therefore the value of the currency might decrease. Furthermore, UK productivity will go down since there will be less competition from EU exports. The currency will have to be devalued to maintain a competitive edge globally, meaning a potential further decline.

Therefore, GBP could continue to lose strength against the Dollar and the Euro due to the Brexit deal.

Trade GBP in the forex market

Since the Pound is so volatile, it can result in possible opportunities for traders to enter the markets. Axia is a veteran broker who provides access to trade on leading currency pairs like GBPUSD, GBPJPY, and EURGBP. Furthermore, traders can trade other instruments like stocks, indices, commodities, and CFDs.

The Axia brand provides three trading platforms to access the markets in real-time. The AxiaTraderWeb, AxiaTraderMobile, and the popular MetaTrader 5 platforms are equipped with the necessary tools and indicators to support any trading style.

The British Pound is one of the most popular currencies to trade on the forex markets. The Brexit deal has left an unwanted impact on the UK and the Pound. However, such major trade deals would require sufficient time to stabilize, perhaps the progress is further skewed by the pandemic’s devastating effect on the global economy.

Axia provides ample opportunities for traders to take advantage of the current volatility. The broker is further committed to ensuring customers’ needs are prioritized.

Ideas Of Financial Business In The UK 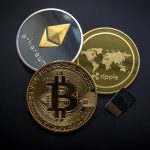 Bitcoin VS Forex – Which one is the Best Option

The most commonly used indicators in stock trading