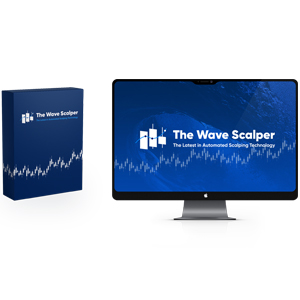 In this post I will review the Wave Scalper forex robot which is yet another fully automated trading system by the developers over at LeapFX. They have a vast selection of manual and automated forex software.

This particular robot as the name suggests is based on a scalping system that will place and manage trades on behalf of the user.

Due to the automated nature of the software, it is accessible to everyone whatever their level of trading experience. You simply need to follow the provided instructions to set the robot up on your trading account and it will do the work for you.

In order to use this forex robot, you will need a trading account with a forex broker. With so many brokers to choose from, I have conveniently compiled a list of my best forex brokers to help you quickly and easily choose a broker that meets your needs.

Of course, as with any automated trading system you should be aware of the risks involved and do not take past performance as any guarantee of how they will perform in the future.

If it wasn’t obvious already, the Wave Scalper robot uses a scalping trading strategy that looks to take a few pips profit or less on each trade.

The Wave Scalper is based on Elliot Wave theory and can be used on multiple trading pairs across multiple market sessions.

The Wave Scalper will try to scalp impulse waves that trade into the trend direction when the price action of the market is also moving in that direction.

The Wave Scalper primarily trades on the GBPUSD (the developer does mention the USDJPY but the accounts show GBPUSD trading) which is considered a major currency pair and thus tends to have plenty of trading volume most of the time.

This liquidity can mean the spreads are tighter than some other more exotic currency pair and thus makes it a popular choice for scalping traders along with the EURUSD which probably has the lowest spreads amongst all forex currency crosses.

As with any scalping system, the lower the broker spreads and commission the better. I believe that an ECN forex broker would usually be preferable as they tend to also have faster execution speeds with no dealing desk intervention.

For those who aren’t sure, scalping is a trading style that specializes in trying to make a few pips off small price changes, generally after a trade is executed and becomes positive. Basically, scalping is a way to try and keep your account exposure to a minimum, by having trades open and closed in as short a period of time as possible.

The developer states that the Wave Scalper strategy is built upon a complex neural network model that allows it to adapt to changes in the market. They go on to mention that the robot does not implement any dangerous grid or martingale methods, nor does it trade against the trend. As the saying goes, the trend is your friend!

Surprisingly, this robot doesn’t trade that often considering it is a scalping system. Many scalping trading strategies rely on a high volume of trades considering the small amount of pips that they aim to gather on each trade. The annoying thing about scalping systems is that one losing trade can often wipe out multiple winning trades.

The Wave Scalper Back Testing

There are some back tests on the Wave Scalper website that use various currency pairs and settings over a 10-year period. They use 99.9% modelling quality which is good to see as it shows the developer has taken into account tick data but it is not possible to see if they are using variable spreads, commission and slippage. We also cannot see if the back tests accounted for swaps which can affect scalping systems. Thus, for a more accurate idea of performance, I would prefer to look at the real live verified account. It should be noted that there are no guarantees on how any system will perform and historical results are by no means an indication of future performance.

For me, The Wave Scalper robot will be too broker dependant. I would say it is absolutely imperative to use a reliable ECN forex broker with the tightest possible spreads, lowest commissions and superior execution speeds. This can be the difference between a winning and losing system, especially when using a scalping strategy.

It must also be stated that demo accounts cannot really give an accurate idea on how a scalping system will perform as they usually won’t have the same slippage, spreads and liquidity as a real trading account server.

I have conducted many forex robot reviews and there are other alternative automated trading options that I would consider over this particular EA. 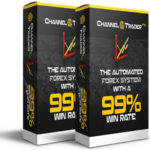 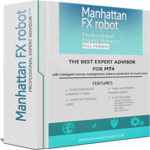 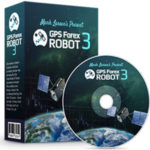 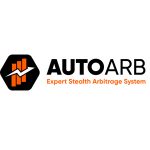