The Three Line Strike is a technical analysis technique that aims to identify potential turning points in the market. It is considered a rare pattern and falls under the category of trend continuation patterns, which are used to predict the likelihood of a trend continuing. This candlestick pattern was developed using traditional Japanese candlestick charting methods, which have been used for centuries to analyze market trends and forecast price movements. To locate this pattern, traders can use a daily scan, and it can be utilized as a bearish entry point in a downward trend.

The Three Line Strike pattern is characterized by three long white or black candlesticks, with each subsequent candle closing at a higher or lower price than the previous one. When the pattern appears on a chart, it indicates that the market is trending in a particular direction and that a reversal may be imminent.

What is the Three Line Candlestick Pattern?

There are several key points to support the strategy of using the Three Line Strike pattern in forex trading:

The Three Line Strike Candlestick Pattern is a technical analysis technique that can help traders locate potential reversal points in the forex market. By evaluating the length and color of the candles forming the pattern, traders can potentially identify entry and exit points in the market. While it is not a flawless indicator and may generate false signals under certain market conditions, it can be a useful addition to a trader’s arsenal of strategies. 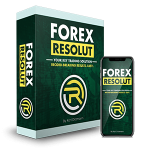