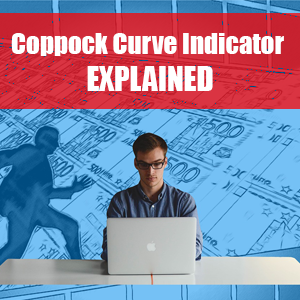 The Coppock Curve indicator is a technical analysis tool, which is based on the analysis of the sum of smoothed asset returns under study. This indicator appeared in 1962, and its author is Edwin Coppock. Even though the indicator is currently adapted for the MetaTrader 4 platform, it is not very popular among traders. However, the methodology for calculating this instrument is very interesting, and it can help to filter trading signals for entering the market.

What is the Coppock Curve indicator?

Initially, the forex Coppock Curve indicator was intended to be used on monthly charts to identify long-term trends.

The formula for calculating it is as follows:

By default, Coppock used the ten-month moving average of RoC indicators for 14 and 11 months.

It all looks rather complicated. However, the signals emitted by the indicator are interpreted – if the averaged and weighted MA readings calculated by the indicator begin to grow, it means that a “bullish” trend is developing in the market if it is falling, it is “bearish.”

For MT4, the Coppock curve indicator is presented in the form of a histogram, which in appearance looks very similar to MACD, which is also based on moving averages. However, it uses a different method of calculating the readings. There is much in common between tools.

Even though the Coppock Curve indicator belongs to the class of oscillators, its direction determines the direction of the current trend.

When setting up the indicator in MetaTrader 4, it is necessary to register four variables for calculating the readings:

You can use both author’s settings or choose your own. It is important to remember that the indicator is designed for monthly charts. To effectively apply it at other periods, it may be necessary to experiment and select the optimal settings according to your own forex trading strategy.

How to use the Coppock Curve indicator?

The use of the indicator in trading according to the original concept was reduced to entering the market when changing the direction of its line, and in our case, histograms.

The MACD indicator has a similar application – this method is described by Alexander Elder in his book “How to Play and Win on the Exchange.”

If a downward movement of the histogram is observed and the bars begin to grow, this is a buy signal and vice versa. If the bars grow, and then the decline begins, this is a “bearish” signal.

When changing the histogram direction, we can look to enter the market in the direction indicated by it. Vertical lines indicate the moment of change of direction of the columns.

The histogram crossing its zero line is another possible trading signal. If the bars cross the zero level from the bottom up – this means for the bulls to win in the market, if the crosses from top to bottom – the force is on the side of the bears.

Like any other oscillator, the Coppock Curve indicator can be used to find divergences – discrepancies in price and indicator readings. If the price reaches a new peak or trough, but the indicator does not reach the corresponding extremes, it diverges. Such a signal means that the current trend may be slowing, andwe could wait for either a trend change, or a deep correction, or a price transition to the side.

Determining the direction of trade, which can be detected using the Coppock Curve, can tell the trader which direction to look for trades now and which to refrain from. For example, the intersection of the indicator zero line can be traded in areas of a pronounced trend, entering only in the direction of the main trend.

Even though the Coppock Curve indicator is not widely used among traders, it can be a useful trading tool for detecting price fluctuations. The indicator does not redraw its values, which is a good advantage. This technical analysis indicator is not included in standard tools in the MT4 terminal, but you can download it separately and install it. Due to its settings, the indicator can be used both in the trending market and during consolidation periods.

The Coppock Curve indicator can be used on your trading platform charts to help filter potential trading signals as part of an overall trading strategy.

What Are Pivot Points & How To Trade With Them 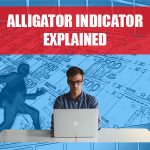 What Is The Alligator Indicator & How To Trade With It What Is The Force Index Indicator & How To Trade With It

What Is The Choppiness Index & How To Trade With It